Who’s Who in the Foundation Office 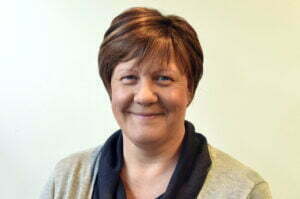 Foundation role: I’m responsible for managing the day-to-day running of the Foundation. My role also includes the recruitment of all our patrons and developing ongoing relationships with the companies and individuals who give us such fantastic support.

Proudest Foundation moment: The charity’s first Annual Dinner at Wynyard. It’s fair to say we’d had a bit of an issue the year before – anyone remember the parmos? – so that first Wynyard dinner was a huge improvement.

Best Foundation memory: I don’t know about it being my best memory because it’s quite a sad one, but I couldn’t sleep all night after Mari from Grandparents Plus told me about a case whereby two young boys were having to share a bed with their granddad because they didn’t have beds of their own. I asked our chairman Andy the next morning if we could buy them new beds, which he readily agreed to.

Favourite Teesside personality: Chris Rea – his Shamrock Diaries album reminds me of being at uni, and travelling to Manchester on the train listening to it on my Walkman.

A secret about me: Well, not many people know I’m a twin! But I also play classical guitar and even appeared on TV playing it when I was 12. 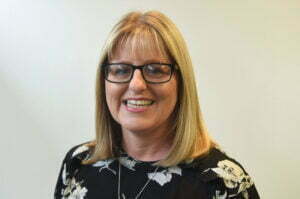 Proudest Foundation moment: Although I wouldn’t say that I enjoy sleeping rough twice a year, I am proud to be part of the Big Teesside Sleepout. The sleepouts I’ve organised raise an average of more than £10,000. I love the fact that the money helps those in need on Teesside including stocking local foodbanks and buying children’s Christmas presents for the Salvation Army toy appeal.

Best Foundation memory: The 2017 Annual Ball when our chairman Andy asked guests if they would like to help us buy a second caravan so that we could provide breaks to more disadvantaged families on Teesside. I was expecting a couple of guests to help but we ended up raising an extra £23,000! I felt overwhelmed by everyone’s generosity.

Favourite Teesside personality: Mary Butterwick – I worked for the hospice for eight years and feel honoured to have known Mary. She was an amazing lady who has left a fantastic legacy on Teesside.

A secret about me: My husband and I were once on GMTV with Mr Motivator whilst on holiday in Benidorm! 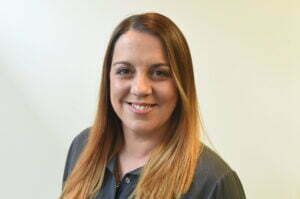 Role: As Funding Administrator, I process all grant and FAST Fund applications, as well as the Golden Giveaway submissions we receive. As Mentoring Manager, I’m responsible for the mentors and young people in the Foundation’s Mentoring Project.

Proudest Foundation moment: When I met a family that we’d given one of our caravan breaks to and the granddad just hugged me and cried, while thanking me for making his grandchildren smile.

Best Foundation memory: My first Annual Ball – just to see all of our hard work come to life in Wynyard Hall’s Grand Marquee. I’d never been to anything on that scale before.

Favourite Teesside personality: Steve Gibson – for his dedication to the football club.

A secret about me: I met Leonardo Di Caprio and Tom Hanks on the film set of Catch Me if You Can in Los Angeles when I was a teenager. 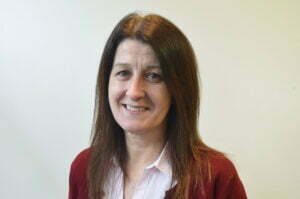 Role: I look after the Foundation’s database, assist with the Annual Ball and Christmas donations, plus any general admin work.

Proudest Foundation moment: It has to be playing my own small part towards the Annual Ball. Seeing the generosity of local people made me feel very proud to be from Teesside.

Best Foundation memory: Seeing the girls in the office work so hard over Christmas. I don’t think people realise how much effort and how much of their own time they put into making amazing things happen for disadvantaged local people.

Favourite Teesside personality: Ali Brownlee – I know he was known as the Voice of the Boro but he was a supporter of the town as well as the football club. He was so passionate and genuine about this area. And I’ll never forget that European commentary – “Everyone round my house for a parmo!”

A secret about me: I am actually afraid of heights but managed to climb the Sydney Harbour Bridge in an attempt to conquer my fears. Unfortunately, it didn’t work! 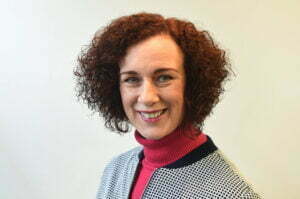 Role: My role includes preparing the Foundation’s bank statements for the accounts plus general admin work.

Proudest Foundation moment: The shoebox appeal before Christmas 2017. I really got into it and got the staff psyched up for at Wilton Engineering, where I work. We eventually got 23 boxes full of goodies made up for homeless and disadvantaged Teessiders.

Best Foundation memory: In all honesty, it’s just helping the girls in the office do their jobs because I really admire them.

Favourite Teesside personality: Steph McGovern, a great role model for Teesside girls and women. She’s well educated, successful, is proud of her roots – and her accent! – and has a fab sense of humour.

A secret about me: I ride a Yamaha Fazer 600cc motorbike – I love to ride out to Lord Stone’s Café and Alston.