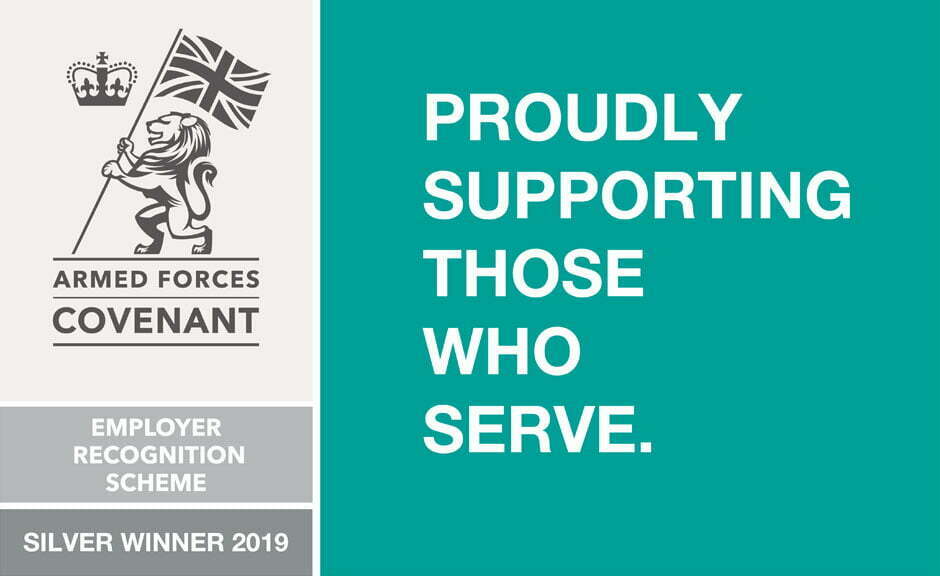 Teesside employers are being encouraged by a Philanthropic Foundation supporter to show their support for those who’ve served in the armed forces by signing up for the Defence Employer Recognition Scheme.

Middlesbrough councillor Ron Arundale, who supports the Foundation as a Teesside Centurion, is urging local firms to show their support to the defence community in his role as an armed forces champion.

The Defence Employer Recognition Scheme is part of the armed forces covenant – a scheme set up to display the country’s support for our armed forces past and present, with an underlining theme that nobody should support disadvantage for having served their country.

Different levels of commitment are available – from Bronze to Gold – with two of the region’s biggest employers, PD Ports and Philanthropic Patrons AV Dawson having already signed up for the Silver award.

Ron said: “This is a scheme I personally feel passionate about and I’m hopeful that some of the amazing organisations who support the Foundation will also feel it’s something they should do to show their support.”

To sign up for the Defence Employer Recognition Scheme or find out more details about the various levels, visit www.gov.uk/government/publications/defence-employer-recognition-scheme