Teesside’s Blue Light Babies, a Facebook-based group which brings together hand crafters to make a variety of items for the most vulnerable in society, have scooped a £5,000 charity prize.

The Teesside Charity shared a £25,000 pot between 20 Teesside groups and organisations in its latest ‘Golden Giveaway’ ceremony at the Riverside Stadium.
Each group received at least £500 with Blue Light Babies taking the main prize of £5,000 after topping a public poll.

Representatives of the Charity’s Patrons and Infant Hercules Club members made the presentations to the winners, with Kirsten Donkin of The Teesside Charity patrons PD Ports doing the honours for big winners Blue Light Babies.

Blue Light Babies was set up seven years ago by frontline ambulance crew member Jo Owen, who turned to her childhood love of knitting and crochet to pass the time while she was injured.

Jo, who lives in Thornaby, began her journey by making hats and blankets for babies born in ambulances, as nothing is provided for these births.
The items went down a storm and pretty soon other crafters jumped onboard.

Blue Light Babies now has over 6,000 crafters across the country and supply to hospitals and nursing homes on Teesside and to accident and emergency departments throughout the country.

They also have special projects such as ‘chemo duck’.

“When they get a cancer diagnosis, children are given a duck soft toy,” explains Jo.

“Blue Light Babies make and provide all sorts of unique outfits for the ducks that the children choose from upon completing invasive treatments and investigations. These items have been so successful that we now provide outfits for 32 children’s treatment centers all over the UK.”

“When a pregnancy is miscarried, ambulance crews historically had nothing to carry the foetus in,” explains Jo.

“We designed, and now make, ‘snuggle pods’ so this does not happen again. These items have already provided so much comfort to families at this most horrific time.”

All Blue Light Babies’ items are free of charge, leaving the organisation to raise money for laundering, postage and packing.

“Ensuring the highest standards is paramount and fundamental to our integrity,” says Jo.

“Items are laundered to the highest spec, which is a costly process, especially since fuel prices have now risen significantly.

“Our distribution has quadrupled in the last two years, and just recently we were down to our last £40, so receiving £5,000 at the Golden Giveaway donation is incredible and allows us to keep our unbelievably valuable projects running at no cost to the recipients.”

In further Golden Giveaway presentations, £1,500 went to Friends of Redcar Cemetery, Seaton Carew Community and Sports Club and New Life Day Care and Family Centre, £1,000 to Footprints in The Community, The Big League CIC and MAIN.

£750 was presented to each of Red Balloons, The 37th Middlesbrough Brownies, Young At Heart ULO, The Sensory Spot and Redcar Boxing, while £500 went to Footsteps Youth Wellbeing, Still Parents Teesside, Coatham House, Preloved Toys for the Community and Streets Ahead for Information. 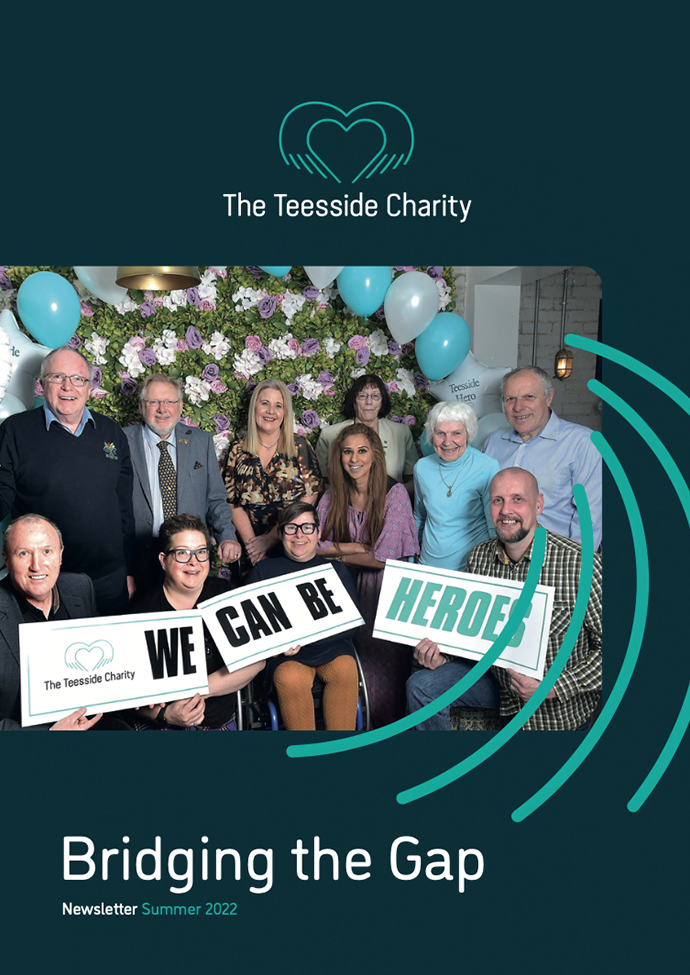